Anushka Sharma has been living it up in London with husband Virat Kohli and daughter Vamika since the past month. The actress has accompanied her cricketer husband for a tour there and continues to charm her fans with adorable moments from her trip. Recently the Indian cricket team recorded a win against England at the iconic Lords stadium and days after the victory, Anushka and Virat were snapped at a restaurant. 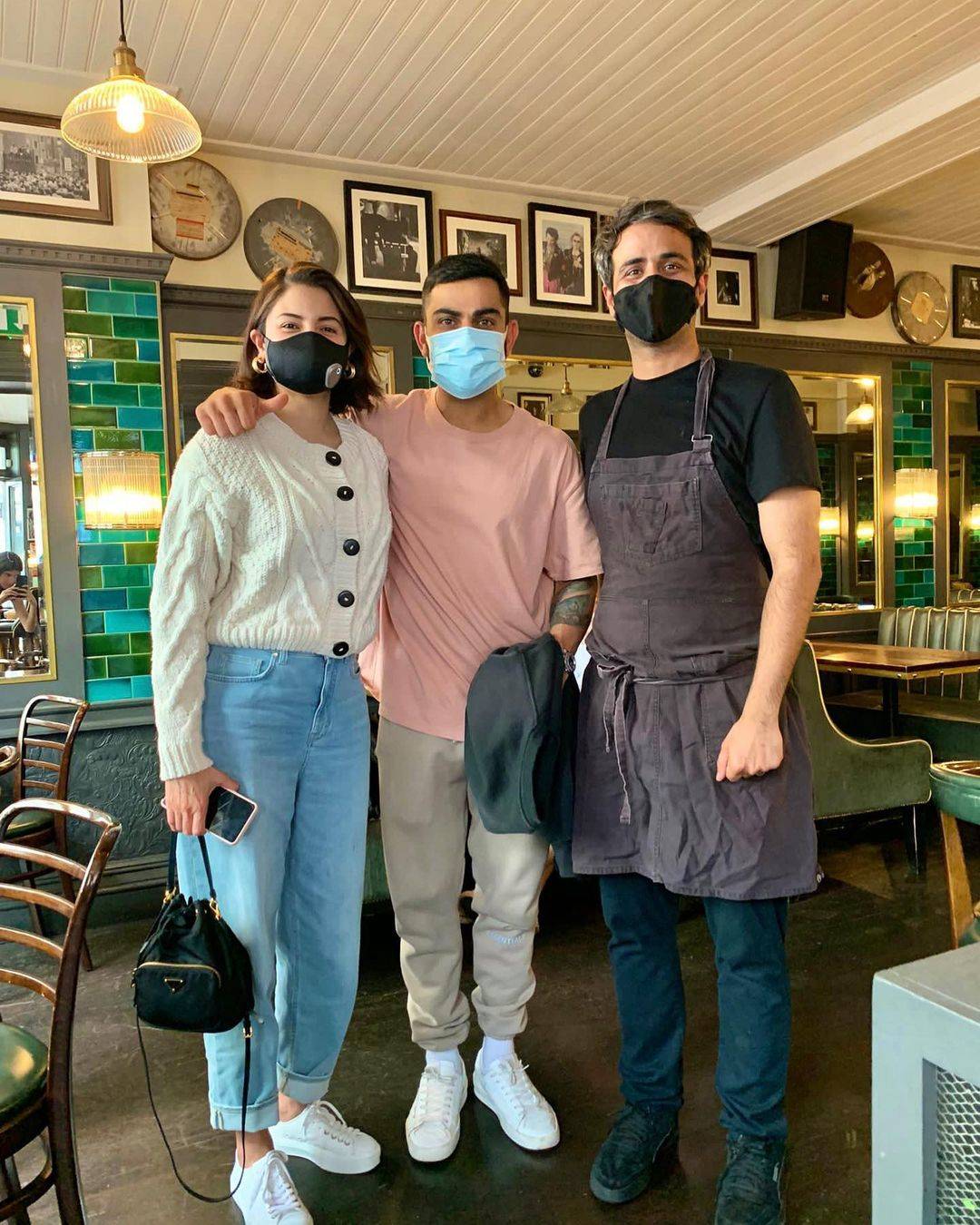 The power couple stepped out for a lunch date and a picture from their outing is going viral on the net. For the lunch date, Anushka opted for a knitted top and denims while Virat was dressed in a casual salmon T-Shirt and pants. The couple was twinning in white sneakers and cheerfully posed with the chef of the restaurant.


While in London, Anushka Sharma Virat Kohli also celebrated daughter Vamika’s six-month birthday. Sharing adorable pictures from the low-key party, Anushka had penned, “Her one smile can change our whole world around ! I hope we can both live up to the love with which you look at us, little one. Happy 6 months to us three." On January 11, Virat and Anushka had turned parents to Vamika. Unlike other celebrity parents, Virat and Anushka had avoided sharing pictures of their daughter on social media. Explaining the reason behind the same, Virat had revealed, “We have decided as a couple to not expose our child to social media before she has an understanding of what social media is and can make her own choice.”

On the work front, Anushka Sharma was last seen in 'Zero', sharing the frame with Shah Rukh Khan and Katrina Kaif. Directed by Aanand L Rai, the film released in December 2018 and since then Anushka has not announced her next movie yet. However, buzz suggests that the actress has signed up to essay the role of Jhulan Goswami in her biopic, however Anushka has not yet made it official.