Delhi rain: Traffic movement on Minto Bridge has been closed due to waterlogging

Record rain in the last 24 hours in Delhi has caused heavy waterlogging and traffic jams in parts of the city, with traffic police providing updates on flooded areas.

"Delhi's Safdarjung observatory records 138.8 mm rain in the last 24 hours till 8.30 am today. This is the season's highest one-day rain," said the India Meteorological Department, while the city recorded 11 mm rainfall till 5.30 pm Friday.

As per the weather office, Delhi will witness "generally cloudy sky with moderate rain/thundershowers" today.

Taking to Twitter, the Delhi Traffic Police gave updates on waterlogged areas and the routes to be avoided.

Traffic movement on Minto Bridge has been closed due to waterlogging, said the traffic police. 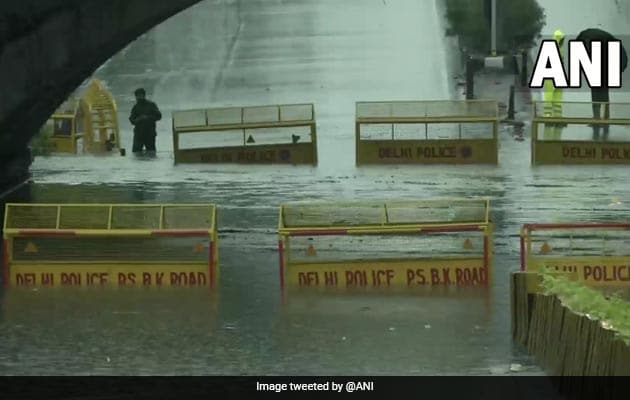 Vehicular movement has also been affected at ITO due to waterlogging.

#WATCH | Delhi: Vehicular movement affected due to waterlogging in ITO area following rainfall in parts of the national capital pic.twitter.com/QZLxwWugG7

The movement of vehicles is also hit at Moolchand underpass due to waterlogging.

The IMD uses four colour codes: Green means all is well while yellow indicates severely bad weather. It also suggests that the weather could change for the worse, causing disruption in day-to-day activities.

Orange alert is issued as a warning for extremely bad weather with the potential of disruption in commute with road and drain closures and interruption of power supply. Red is when extremely bad weather conditions are certainly going to disrupt travel and power and have significant risk to life.