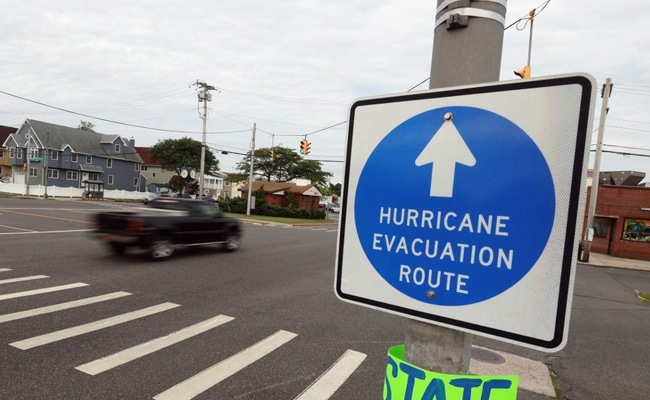 Hurricane Henri: It has been a decade since such severe weather was expected in part of the region.

A swath of the US East Coast, including New York City, was under alert Saturday, as storm Henri was upgraded to what could be the first hurricane in 30 years to hit New England.

Forecasters warned of violent winds, the risk of flash floods and surging seas as the storm churned in the Atlantic, packing maximum sustained winds near 75 miles (120 kilometers) per hour.

"Although some weakening is expected prior to landfall on Sunday, Henri is forecast to be at or near hurricane strength when it reaches the coasts of Long Island and southern New England," the US National Hurricane Center said in its latest bulletin.

Henri is expected to produce three to six inches of rain (7.5 to 15 centimeters) across the region, with isolated maximum totals near 10 inches, the NHC warned.

The heavy rainfall "may result in considerable flash, urban, and small stream flooding," it added.

"All residents are advised to begin storm preparations today, and to pay close attention to local weather," the office of Massachusetts Governor Charlie Baker said Friday.

His state, which will close parks and beaches from Saturday to Monday, was bracing for the high winds to knock out electricity for up to 300,000 locals, the governor's office said.

If Henri stays on its current course and maintains strength, it would be the first hurricane to directly hit New England in 30 years.

"The last hurricane to make landfall onto New England was Hurricane Bob in 1991," Dennis Feltgen, an NHC spokesman, told AFP. That storm killed at least 17 people.

It has been almost a decade since such severe weather was expected in part of the region.

"The last time we had hurricane watches issued for the area was for Hurricane Irene, back in late August of 2011," tweeted the National Weather Service in New York City.

New York beaches were ordered closed for swimming Sunday and Monday as officials warned of high winds and possible storm surges, as well as flash flooding on roads.

The last hurricane to make landfall in Long Island, home to the plush Hamptons villages where wealthy New Yorkers retreat to in summer, was Gloria in 1985.

The warnings have reignited memories of Hurricane Sandy, a more powerful storm that knocked out power for much of Manhattan and flooded subways in 2012.