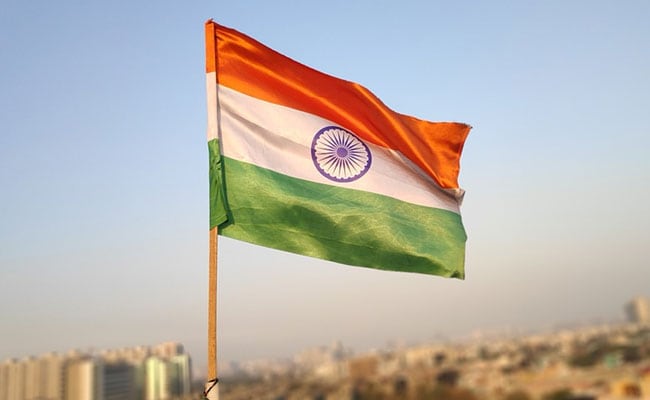 Members of a Hindu right-wing organisation raised controversial slogans after hoisting the Tricolour.

Two persons, both residents of the same Indore building, were injured today in street fight sparked by some provocative sloganeering by a Hindu right-wing organisation against Muslims. The incident occurred after an Independence Day function organised on the premises of the residential colony.

Authorities managed to stop events from spiraling and have filed cases against both sides. The injured were provided medical attention immediately, the police said.

The incident took place at Kaveri Building in Indore's Tejaji Nagar after a flag-hoisting ceremony organised by Hindu right-wing organisations on the occasion of India's 75th Independence Day, the police said. Following the function, the participants began raising controversial slogans. This sparked heated exchanges between them and the Muslim members who took offence over the sloganeering, they said.

This soon gave way to stones being thrown by the two groups at each other.

The Hindu right-wing organisation then began to gather more people in an indication that the matter was set to escalate, but the police arrived by then and brought down tempers.

"We are examining the video clips of the incident submitted to us. We are going through them and will take impartial action," said Superintendent of Police Ashutosh Bagri.

"The situation is peaceful right now."

Eyewitnesses said that activists of the Bajrang Dal reached the spot and registered their protest over the incident, PTI reported.

The colony houses members of economically weak sections -- both Hindus and Muslims. They were rehabilitated in the building following their removal from spaces encroached by them in the city's Raoji Bazar and its adjoining areas.